Mouth sweeps. Something I find myself doing very often these days. Elliot and Finnley are smack dab in the middle of the put everything in your mouth stage. I recall Mason going through it and wondering when it would end, if ever. But I don't remember sticking my finger in his mouth, like, ever. Perhaps I'm more paranoid this time around. I really don't have time to worry about choking though. I probably let Mason keep things in his mouth until he spit them out because it was just the two of us. Now that I have three to keep my eye on, forget about it. That foreign object is coming out! 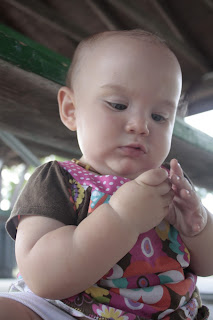 Things I have recently swept out of Elliot and (mostly) Finnley's mouths:
Bark, definitely their fave.
Leaves.
Tree branches.
Grass.
Dirt, Finnley shoved a fistful in her mouth, enough to make her gag. No lesson learned, however.
The little end off oranges
Random plastic trash (where do they find this crap??) 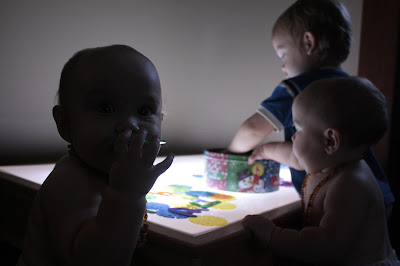 One day we went for a walk and Elliot was getting fussy in the stroller, so I strapped on the Boba and put her on. She remained somewhat fussy, which is unusual. Half hour later.. I discover a piece of bark in her mouth. She'd just been working away on it, like a piece of chewing gum. Apparently they lack the skill of spitting things out themselves? She was mad at first when I swept it out of her mouth, but didn't fuss anymore about it. Weirdo. 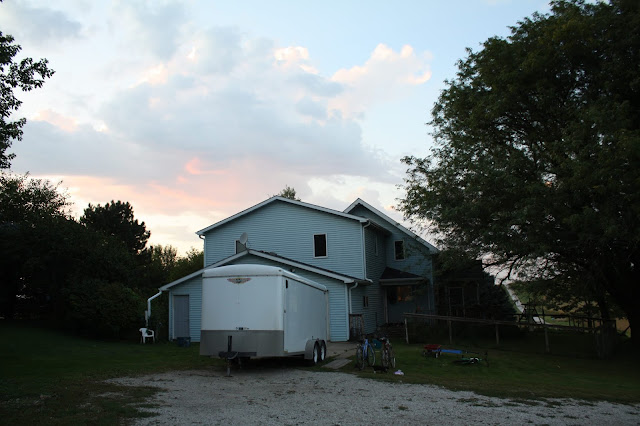 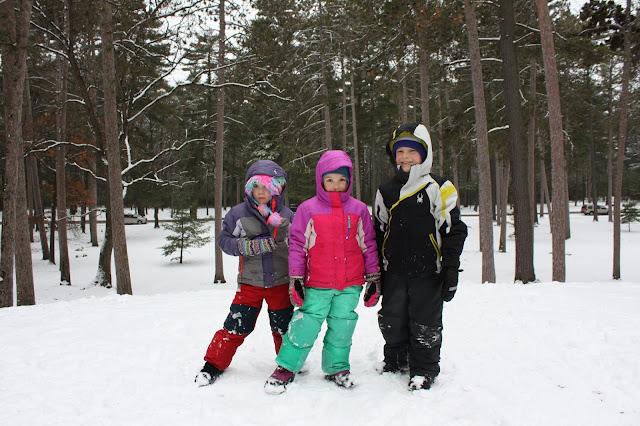 Melissa
Greetings, Melissa here. I'm a basketball coach's wife, homeschooling mom to three kiddos, restaurant owner, and piano teacher freshly planted in Northeast Wisconsin. I started (mommy) blogging almost a decade ago when it was the hip thing to do. My blog has taken twists and turns since then but remains a place I like to share and love to look back on, seeing how my family (and myself) have been growing like weeds.